skip to main | skip to sidebar

Sailing wrapped up last Thursday at the Lunenburg Yacht Club. This was my third season as crew with John. I don't qualify as a true sailor - I still don't know how these guys read the wind on the water - but they do. It's really an amazing skill.

It was a fun season even though we didn’t win any fancy trophies this year. Lots of great memories aboard Bad Blue J and here are a few shots of our last night out. Props to crewmates Colin, Graham and Rob, the girls who tagged along (thanks to Colin) and the boys who were a great help – Jonny, Chris and Zech. Lots of love to slap-happy skipper John. Beware the backhand. It's deadly.

Before you look at these random photos, consider some of these fun nautical terms:
“beating to windward”, “bear off”, “close reach”, “tell-tales”, “traveler”, “luff up”, “lee”, “leeward”, “downhaul”, “spreaders”, “big ease”, “getting headed”. 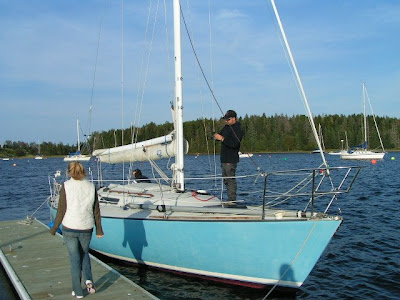 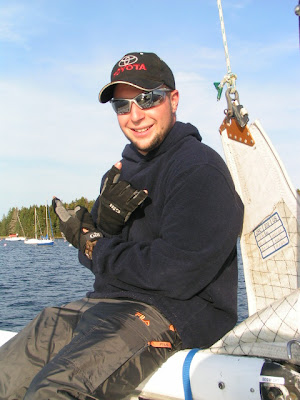 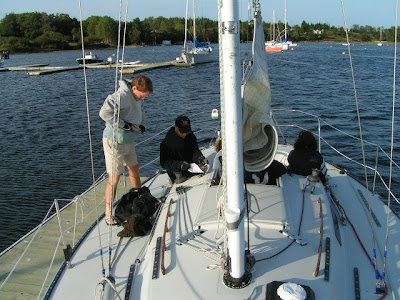 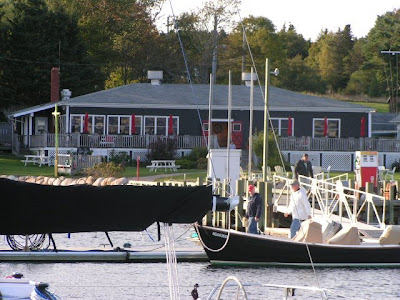 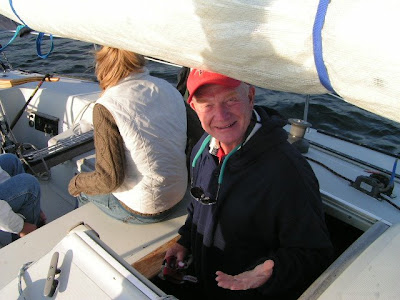 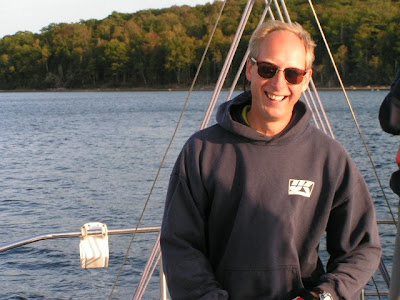 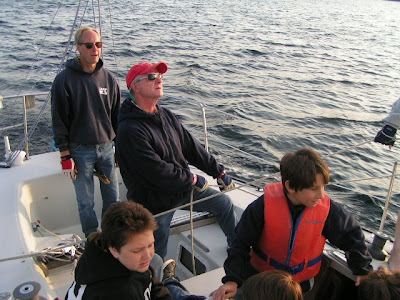 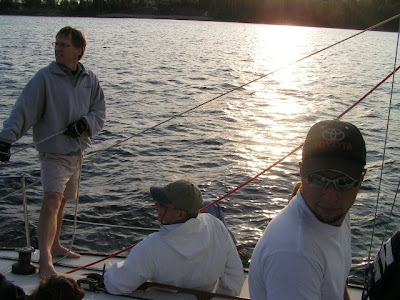 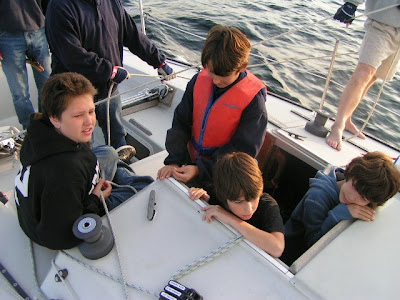 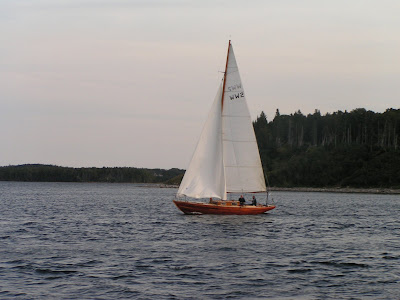 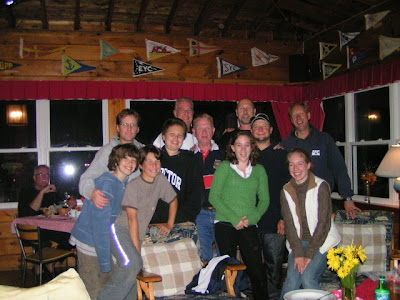 It was good that Chris took the call because I got to watch his face light up with delight. It was Yvette calling to invite the guys to play at Celtic Colours International Festival in Cape Breton.

Chris and Jonathan have been selected along with 19 other young Celtic musicians, dancers, vocalists and groups to appear on The Archie Neil Stage in the Gaelic College’s Great Hall in St. Ann’s. The gig is Monday, October 13th at 4pm. This is North America’s largest celebration of all things Celtic and it happens right here in Nova Scotia.

Celtic Colours was named the “Top Event in Canada” last year by the Tourism Industry Association of Canada, as well as East Coast Music Association “Event of the Year” for the fourth straight year. The festival had visitors from 25 countries and generated over $5 million in economic impact into Cape Breton Island.

Cape Breton Island is a world-class vacation destination. Travel + Leisure magazine named Cape Breton “The best island to visit in the continental United States and Canada” in the 2008 World’s Best Awards readers’ survey. The turning leaves, the music and culture will make for a great family trip.

Over 9 days, this year's Festival will see a focus on the relationships between the various Celtic Cultures of the world. Celtic Colours will host artists from all over Canada, the U.S., Ireland, Wales, Denmark, France, Spain, Cuba and Scotland. Scotland’s Angus Lyon & Ruaridh Campbell will be there. Ruaridh (pronounced Rory) is the brother to Jonathan’s fiddle teacher Eilidh (pronounced Eh-Lee). Eilidh immigrated to Canada a couple of years ago after playing all over the world.

I don’t know if you’ll recognize any of these names: Rita MacNeil, J.P. Cormier, Buddy MacMaster, Jerry Holland, Beolach, Men of the Deeps, Ashley MacIsaac. Then, there’s Gordie Samson who wrote, “Jesus, Take the Wheel” for Carrie Underwood. Gordie is an amazing artist in his own right.

Even though my family name is of Irish descent and V’s family name is/was Scottish, we don’t much consider ourselves “Celtic” in any formal sense. Living in Nova Scotia though, it’s tough to deny the connection. It’s a proud heritage. I’m proud of Chris and Jonathan for working so hard and landing this opportunity. The kids play a mix of material and most of it just happens to be Celtic oriented. I think they’ll fit in just fine! Cusack Boys

Heard of the Cape Breton “5 Senses”? Sing, Play, Laugh, Party, Dance! I’m looking forward to experiencing all of that.

Celtic Colours
Posted by Legs and Wings at 1:39 PM 5 comments:

Out Of The Fog

Ever feel like you’ve just awakened from a long dream? 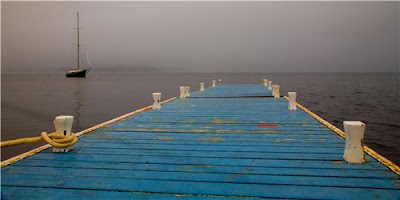 I spent Sunday afternoon with my family romping on Rissers Beach.

Goofing around with the football, tossing Ella (dog) a stick into the surf, and generally lazing about with kids brought me out of long fog. I realize that my focus has been narrowed for some time. Experiencing the wider world roused me from, what feels like, a long restless sleep. That’s why vacations bring about a sense of renewal I guess. Even, 3 or 4 hour super-mini-vacations that take you 15 minutes from home…into LaHave Bakery for a coffee so as to drink on the beach. 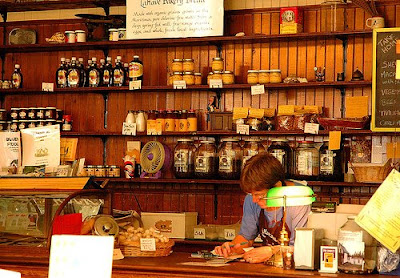 It felt right to spend the last day of summer at the oceans edge. Although some might think we live quiet and simple lives, V and I have learned that there are too many spoilers out there that rob us of quality time with the kids. We are a busy family that seems to run short of time to relax as a family. Thankfully, I’m smart enough to see it and brave enough to want to do something about it.

I’m no control freak. Honestly, I am pleased that my kids are gaining some independence and that they are willing to take off on their bikes with friends for a few hours. I’m glad they have friends. And, I’m no super-parent that is constantly there for the boys at every turn as servant and playmate. Sometimes, I really dislike them and their whining about this and that. You know what it’s like if you have kids.

I just want to do a good job and most days it is real hard work. It’s painful and thankless. And, I don’t do much at all. Victoria handles 99% of everything for everyone in the house. No wonder she’s 99% burned out. It’s clear to me.

I’m half thinking of another family road trip over Christmas. Some place warm.
Posted by Legs and Wings at 6:52 AM 5 comments:

It's not completely finished but I thought I'd post one photo for you. V and I started painting the house back in May and we're just wrapping it up. What a bunch of work. The stories I could tell...of hornets and wasps, ants, rot and repair.

Too bad it'll soon be too cold to sit out and enjoy the view of the river. 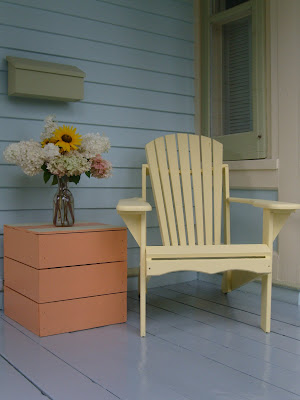 Have a super weekend.
Posted by Legs and Wings at 11:39 AM 8 comments:

It made me feel all-powerful but…driving a steam roller is more challenging than you’d guess. The steering is a bit tricky and those two big wheels don’t move as easily as you’d expect them to. Fun? You bet! Who hasn’t wanted to drive a steam roller?

My company has just moved into new digs. It’s an awesome new location right on the highway. The paving crew left their steam roller in the way so I volunteered to move it around. I guessed at how to get the thing running…turn the key, pull a lever and presto. Only one tiny mishap – I ran into a parking curb – just nicked it. No real damage done. I got a wet butt because the seat had soaked up a bunch of rain...I only wish I had video proof for you. For now, these photos will have to do. 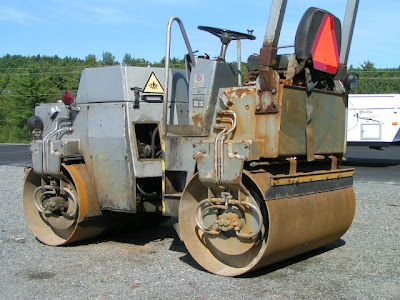 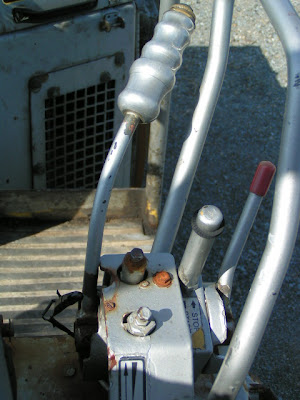 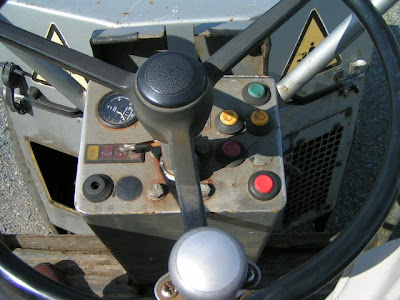 PS…I ran a few K the other day. First time in months. No pain…no ill effects. I’m loading my iPod and hope to get out again tomorrow.

Summer is just like Christmas - slow coming, and over in a hurry. I’m sad to say good-bye to summer for all of the obvious reasons. Mostly, I feel like there is so much left undone when it comes to the kids; 8 year old Sam needs some bike rides, 5 year old Ben is near ready to learn to ride a ‘two-wheel’ bike, 11 year old Jon and 13 year old Chris need me to go ‘dirt jumping’ with them – head to the shale pit and build jumps and ramps. Most of all they need me around to affirm them. Kids, especially boys, need affirmation from their father as much as they need love and hugs from their mom. I’ve been on the edge of too busy all summer.

So, I’m sad to say good-bye to my favourite season but there is some good time left. September is probably my favourite month of the year – fresh breeze, turning leaves, cooler temps and a routine that comes with school. And, friends return from wherever they’ve been – cottage, holidays and so there’s a reunion of sorts.

Frankly, I haven’t really been to the beach since Mother’s Day. That’s not quite accurate – I did show ShoreTurtle and RedHead Fangirl how foggy and dark it can be at Hirtles Beach.

Carter’s Beach is one of the most amazing stretches of sand anywhere in Nova Scotia - this is about 40 minutes from my back door. Take a look at these pictures taken by my friend Janice. Wish I could plunk down and sleep on the sand for a week. Next summer, I will. 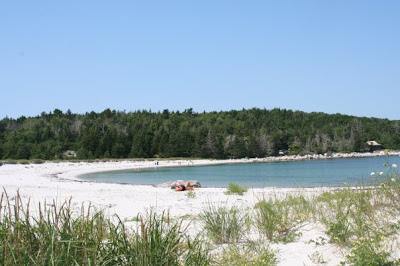 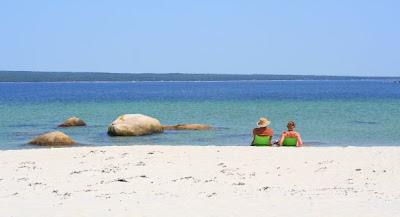 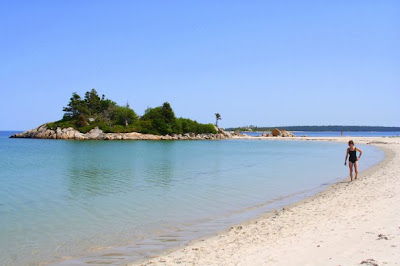 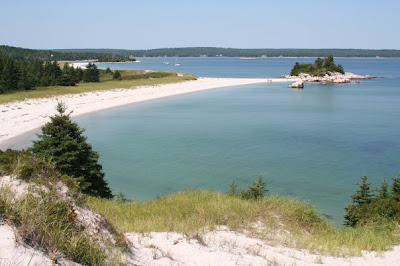 Legs and Wings
South Shore, Nova Scotia, Canada
This blog is my catch-basin of thoughts, ideas and experiences as a father of 4 boys, husband, runner, half-sailor, photographer, musical hack and dreamer. Mostly dreamer. 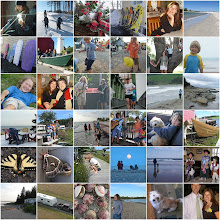